On Thursday last week, 29th May, in my diary, in small print, it said it was Ascension Day. The book of Acts, chapter 1 records the event of Jesus ascending into heaven in a cloud forty days after his resurrection. This is one of the odder accounts in the New Testament. I remember my Dad, in one of the rare conversations we have had about Christianity, saying that it was this event that is the most unbelievable event described in the pages of the New Testament. Origen, in the third century, thought it so odd that he advised Christians to understand the ascension as an ascension of mind rather than body. His misundertstanding led to the castration of  this doctrine which was not the only thing he castrated. In some ways the Ascension is a forgotten and perhaps embarrassing doctrine in Christianity.

But the New Testament says it is vital for our salvation and for the mission of the church. Jesus says that his physical absence is better for us than his continued physical presence. (John 16:7), (John 20,17). How so? Tim Chester and Jonny Woodrow’s little book: The Ascension: humanity in the presence of God (Porterbrook, 2013) outlines three very important reasons. 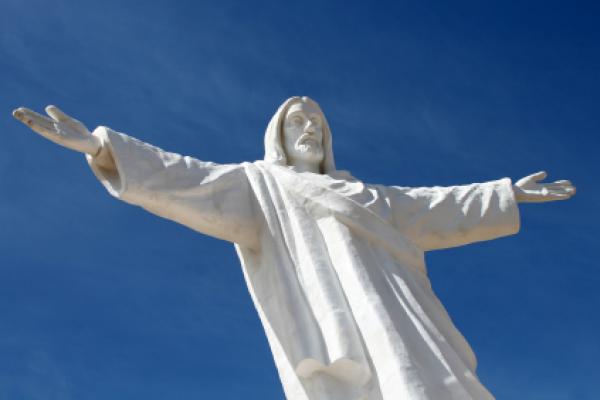 1. Jesus is our priest in heaven
The atonement (Jesus covering our sins) was not complete until he stood before God on our behalf. As man and God, Jesus is the only one who can mediate for us. Now as our priest and mediator in heaven Jesus bears our names as a memorial to God. He is the sign, the reminder, the pledge that we belong to God. We would not want Jesus to leave heaven. If Jesus were to leave heaven and not be in God’s presence on our behalf then we cannot be in god’s presence. Yet, He is the eternal priest whose priestly ministry will never end. Even when Jesus comes to earth on the final day, he does not leave heaven behind. He can never leave heaven without jeopardising our salvation. On that day he will bring heaven to earth. Because of this, I am secure in God’s family. I can no sooner be removed from the presence of God than Jesus can.

2. Jesus is our King in heaven
The story of the ascension is the story of the enthronement of Jesus as King of the world. That is why the ascension is the climax of Luke’s gospel and the starting point for Luke’s sequel, the book of Acts. In Luke 22 66-70 at Jesus’ trial before the Sanhedrin, when they demand him to tell them whether he is Messiah or not he replies: “. . .from now on the Son of Man will be seated at the right hand of the power of God.” (v.69) Jesus is alluding to Daniel 7, the vision Daniel saw of the ascension several hundred years beforehand. In that vision the Son of Man approached the Ancient of Days and was led into his presence. He was given authority, glory and sovereign power. This is his enthronement. This is his true triumphal entry as he enters heaven as the triumphant king of heaven and earth. Matthew, in his gospel, says that this authority is the basis for mission. It is because Jesus is enthroned that he tells his disciples to go to all nations. Mission is the logic of the ascension. The ascension does not create a church bunkered down in a ghetto, but a church that confidently proclaims the coming of Earth’s king. The ascension also has implications for the gospel we preach. We can tend to invite people to make Jesus their king when in-fact, the news is that Jesus is King and they will one day meet him as conquering King, either through the gospel or as judge on the final day.

3. Jesus is ascended Man.
Human flesh is now with God. The body of Jesus is in heaven. The Spirit is given through the ascension so that the glorified Christ is present with his people to revive and refresh them. It is the Spirit who enables us to talk about the presence and the absence of Jesus without contradiction. He is absent in the flesh but his Spirit is His envoy speaking the words of Christ to us. We can meet the absent Christ through the Spirit. The Holy Spirit collapses the distance between the ascended Christ and ourselves! John Calvin used the illustration of the Sun shedding its beams on the earth so that we feel the sun though the sun stays 93 million miles away. Jesus is physically present in the new creation and one day we will catch up with him. We, in the meantime,straddle two worlds. We live in this world as citizens of heaven. The climax of the story is not the replacement of earth with heaven,but the unification of heaven and earth as heaven descends to earth in a new creation. (Revelation 21).

The ascension of Jesus is the ultimate rags to riches story. A child born in a barn becomes King of the world. But it is not his story alone. It is the story of the restoration of humanity. All believers participate in this rags to riches story, We ascend to become who we were born to be. God raised us up with Christ and seated us  in the heavenly realms in Christ Jesus (Ephesians 2:6)  Christ’s ascension is our ascension.