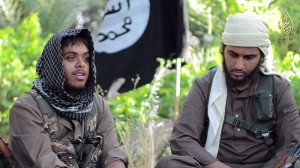 A man, living in Cardiff, called Muhammad, had two sons. The youngest, brightest, and most politically aware, Khalid, asked his Father for money to go on Hajj to Mecca. Pleased that his son was fulfilling an Islamic duty, Muhammad blessed his son and gave him a large sum of money.

Khalid, however, did not intend to go on pilgrimage. His new friends on the internet had spoken of the need to protect fellow Muslims in Syria and Iraq. Kahlid felt that this might be his true “home. ” Home was not Cardiff or university or mediocrity.  Home was the true country he was made for. A pure Islamic state.

In helping with jihad, Khalid could earn God’s favour and secure his place in paradise. He could learn to be a real man, do something amazing with his life and he would be immediately equipped with an AK47 and the training to use it effectively. Khalid longed to feel that power and to see enemy heads fall at the feet of Allah.

Khalid joined a group of fighters in Mosul.  At first, the thrill of eliminating the enemies of true Islam was a buzz like nothing else. Sweeping through towns and villages under the banner of ISIS, Khalid along with his jihadi brothers, raised his weapons in one hand and his Qur’an in the other. Khalid longed to recruit other Muslim young people from Britain to the cause. When a video was shot, to recruit young Muslims to wage Jihad, Khalid spoke of the need to irradiate evil and the enemies of Allah in order for good to prevail. Khalid revelled in being part of a great cause.

Back in the UK, the newspapers speculated on why an intelligent young man like Khalid should leave his family and engage in such brutal murderous acts in the name of God. The news programmes and commentators and Imams shared their views and Muhammad pleaded, on air, for his son to return home.

Muhammad’s house became a target for racist attacks. Stones were thrown through the windows and graffiti sprayed on the walls.  Walking down the street in his Shalwar Khameez, Muhammad attracted the taunts and abuse of his neighbours. Even Muhammad’s brothers urged him to move house, move area, disown his son and get on with his life. Khalid’s own brother, Abdul, who had just completed a PhD agreed. Khalid had brought shame on his Father and shame on his entire family and all hard working British Muslims. He could not forgive Khalid. Secretly he hoped Khalid would perish in the Iraqi desert.

Khalid saw his Father’s pleas on the internet. At first he shrugged them off and laughed at them. However, after several sleepless, violent months Khalid came to his senses. He did not want to seek martyrdom. The waging of jihad had caused him to abandon the morals he had been brought up with. He decided that he would return home knowing that this would mean his inevitable arrest under the terrorism act and estrangement from the family whom he had shamed. Now he was ashamed of the lives he had taken and the violence he had inflicted in the name of religion. Khalid had spent all his money on jihad but he managed to make the long journey overland to a British Embassy in Turkey where he surrendered himself.

Khalid returned to Britain escorted by personnel from MI5. Charges would be pressed against him and he would be detained. A high profile court case would attract the attention of the media and more racist abuse would be levelled against Muhammad.

How should this story end? Could Khalid be re-integrated into society? Could he redirect his passion into more worthy causes? Would his Father bear the cost, endure more humiliation and forgive him? Would society ever forgive him?

Jesus told shocking stories with a contemporary edge not simply to engage his audience but to teach about the true nature of the God the Father and the nature of rebellion against him.  Jesus taught that all have rebelled against a generous, compassionate Father who longs for us to come home. Jesus attracted crowds of ostracised individuals: tax collectors, prostitutes, lepers, the broken and despised in society. Those who knew they had messed up their lives and needed grace flocked to listen to his teaching.

The religious leaders bristled at Jesus’ association with sinners. This led to a conflict which brewed for the duration of Jesus’ ministry. But Jesus did not shirk from the climax of this conflict that led to his death under charges of blasphemy. He continued to teach that the religious leaders were running from God just as much as a son who demands his inheritance money from his Father and squanders it on parties and prostitutes.

Everybody is running from God. Some use religion as a cloak, others choose irreligion.  Some run from God by being bad, others by being good. The Father is waiting for both to come back and when the son does return, the father is waiting to throw a feast, to reintegrate him, not merely as a worker but as a beloved son. God does not want his children to slave for him or seek martyrdom for him but rather to revel in Him and celebrate with him.

The party that God throws is at great cost to himself. In the story that Jesus told of the lost sons, when the younger son comes to his senses and returns the Father humiliates himself by running to his son and kissing him. He slaughters the fattened calf in celebration. The elder son, representing the religious, moral and upright becomes angry and publicly rebukes his father.

To win us back to himself, God humiliated himself in the person of Jesus by hanging naked on a cross and bearing all our sin and shame. This was the greatest humiliation conceivable and the greatest cost imaginable. This cost was borne because of God’s scandalous grace. He gives what we don’t deserve in order to bring us back to himself. This gospel makes religious people angry because it doesn’t seem fair.

I’ve been amazed over the last few weeks as George and I have told Jesus’ story over and over to drug addicts and to the respectable, how those who know they are lost are able to grasp the meaning of this story and plead with tears for grace, while those who have lived successful lives wrestle with it.

But there is a sense in which we are all like the younger brother and all like Khalid. We are all exiles, always longing to do something meaningful which continues to evade us.

The bible tells us that we are created to live in the garden of God. That was our original home and the true country we were made for. God was the Father of that home and we chafed under his authority. We wanted to live free from his interference. Free to discover ourselves. And so we lost our home and the result was exile. The bible says that we have been wandering as spiritual exiles ever since. Though we long to make a difference in the world, we experience endless frustration. But on the cross Jesus experienced the ultimate homelessness as he cried out “My God My God why have you forsaken me” and he did this to bring us home. Just like the Father in Jesus’ parable, God is waiting for us with open arms to come back to our true home.