Well, I’ve had three days in Chiang Mai. I’m sorry I don’t have photos yet as I don’t have all the cables I need but here are some initial thoughts and some requests for prayer.

The journey via Abu Dhabi and Bangkok was fairly smooth although all flights were delayed. I am staying in a YWAM house which is used to host DTS training, until I receive keys to our new rental home on Friday.  I get to have a look round tomorrow afternoon and talk with the landlord about appliances like a washing machine which we will need. Please would you pray that I can get us set up before Ann and the children arrive.

Please do pray for Ann and the children as they fly next Thursday and for Ann as she is very tired now packing up everything ready to let our house out.

My induction so far has involved meeting the new staff, getting familiarised with the ethos and history of the school,  a new curriculum, learning the computer system and understanding where we stand regarding insurance. We start at 7.30am and finish around 2.pm. Then we have time to practice what we have learned. The school is a great facility, built on the site of an old sports club. Most of the staff and children are American. Many are Koreans who are also planting churches and pioneering missions in this part of Thailand. The quality of the school enables these missionaries to have the confidence to continue their ministries and not to return to their home countries for their children’s education.

I haven’t been in to Chiang Mai yet. It would be good to do that this weekend. Please pray that we can find a church where we can worship, serve and be fed.

Many thanks again for all your support, love and prayer.

Over the last few months, Ann and I have found our faith stretched in a way we have not encountered before. We have had to think more deeply about what trusting God means. We have also had doubts as to whether going to Thailand is the right thing and more basic doubts about whether God will provide for us, financially, emotionally and spiritually.
The great example of faith in the Bible is Abraham. Abraham is said to be the founder of three world faiths. But Abraham also doubted. In fact, he and his wife became quite cynical about the promises of God. In Genesis 15, God appears to Abraham to reaffirm the promises that Abraham and his barren wife will inherit both a land and descendants as numerous as the stars in the night sky.
Abraham responds: “. . . How can I know . . .?” (Genesis 15:8) He believes. But his faith is riddled with doubt.
What happens next is unprecedented and foundational to our understanding of God and the way he relates to his people. What God does gives Abraham an anchor for his soul and an anchor for our souls when we doubt. God cuts a covenant with Abraham. In our language, He signs an oath. He instructs Abraham to cut various animals in half. Then, in the form of a blazing fire, God passes between the pieces of those animals which are laid out opposite each other.
All this would be familiar to readers of ancient literature. The way covenants were cut was common across the near east. Those who made the covenant would act out the curses of breaking the promises. By cutting animals in half, they were saying: “If I do not keep these promises, may I be cut up and may my body be prey for the birds of the air.” But from history and archaeology we know that when a King and a vassal made a covenant agreement, both the King and the vassal would walk between the pieces. Or, most commonly only the vassal would act out the covenant curse. Yet in Genesis 15, only God, in the form of “. . .a smoking brazier with a flaming torch” passed between the pieces.
Theologians call this a unilateral covenant.
God was saying to Abraham, “I promise that I will keep these promises and if I do not keep them, may my power suffer powerlessness. May my immortality suffer mortality. May I be cut up and cut off if these promises are not kept.”
But God was saying more than that. The fact that only God passed between the pieces means that God would also bear the consequences if Abraham and his descendants broke the covenant.
This is the story of the Bible. God’s people did break the covenant. They worshipped other gods and rebelled wilfully. In the person of Jesus, on the cross, God bore the curse for us. He did this so that we can inherit the blessings promised to Abraham. This is what provides our anchor. God will never leave us nor forsake us because he forsook his own son in our place.
Faith means that we anchor our lives in the promises of God that have been ratified through the cross. Faith has room for doubt. It has room for us to cry out “O sovereign Lord how can I know?” But these doubts are also challenged by God who calls us to trust Him. 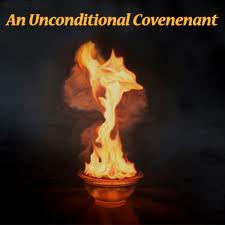 As we have exercised feeble and failing faith in God these last weeks, God has answered our prayers in so many ways. Here is a sample:
Answered Prayer
• We have been so grateful for the support of folk at New Life Church, Old Woking. We arrived broken and not able to contribute much due to our sudden change of emphasis. But people have been so affirming and supportive of us as a family. It has been overwhelming and deeply healing.
• I had the privilege of preaching at the wedding of the Alan and Karen’s son ( Pastor and wife), yesterday which was the most moving wedding service I have ever been to because of the grace of God, his forgiveness and generosity that it celebrated in a unique way.
• I have had opportunities to preach in various places in the UK over the last weeks which has blessed me and enabled us to partner more folk on our adventure.
• We have found great tenants for 68 Loop Road.
• Despite some setbacks, we have been able to obtain the Visas and sort out a huge amount of practical matters in a very short time frame.
• Obtaining the Visas this Wednesday has enabled us to purchase flight tickets and insurance. I fly out this Friday (25th and begin work 7.30am on 28th), Ann and the children join me flying out on 7th August.
• We have found a house in Chiang Mai, near the school and in a supportive community.
• We have met teachers from GIS on Furlough this week.
• Through the generosity of friends and family we have raised enough finance to be confident that God will provide for us in Thailand.
• God has been using us in these last weeks in Woking to reach out to many people in the centre of town and to partner in the extraordinary project that is the Lighthouse, brainchild of God through Woking Vineyard Church.
• We have had the privilege of knowing the support and generosity of Christians from a wide theological spectrum which is great preparation for mission.

Our further prayer requests are these.

• Peace for Ann and the children. There is still a lot to do in terms of packing the house up and making it presentable for our tenants.
• The children still have many vaccinations to endure. Please pray that they would remain positive about the move and that we would stay close as a family during this big transition.
• Ann is flying with four children. Please pray for grace for this journey.
• For God’s continuing presence with us, and His enabling for us to be a blessing to those we will meet in Thailand.
• Please pray that we would settle quickly and the children would make some good friends quickly.
• For precious friends and family that we leave behind.

With all our love
Chris, Ann, Sam, Lois, Joe and Isaac.

Feeding the hungry: Our responsibility and inability.

In Tim Chester’s excellent book “A meal with Jesus”, he writes a chapter o 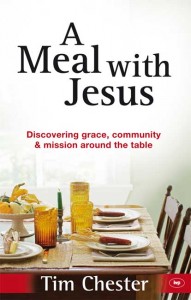 n the feeding of the five thousand according to Luke’s gospel. This account highlights the responsibility of God’s people to feed the hungry (spiritually and physically) and it also speaks about our inability. The disciples can’t feed the people. When we try to play Messiah we quickly burn out. He is the provider and host, not us. He provides for us by dying. He swallows up death in order that we can sit at the feast.

Every Thursday at the Lighthouse, many of the broken, addicted and needy in Woking, sit at table and break bread:  Literally bread that has just been baked, alongside a curry or a soup, prepared by a  group who come in to develop their self confidence.

In the last months, we, as a family, have been very aware of our dependence on God and others as we have sought to follow what we believe is a call to Thailand to work at Grace International school.

So appreciative of your prayers and support.

An excellent article in Evangelicals Now this month highlighted the unique contribution of third culture kids to churches and Christian unions in our increasingly multi cultural society today.  (http://www.e-n.org.uk/2014/06/features/tcks-the-third-dimension/?search=1).

TCKs stands for ‘Third Culture Kids’ or, more accurately, ‘Trans-Cultural Kids’ and refers to children whose parents live and work in a country other than their country of origin, often referred to as their ‘passport country’. Large numbers of TCKs are the children of missionaries and were previously known as MKs (Missionary Kids).

Having worked with International students for Friends International, Ann and I have seen that those among the Christian Union who related best to overseas students had themselves been TCK’s. Because of their rich experience, living overseas, TCK’s understand cross cultural mission in a way that very often well meaning British students do not. The EN article gave the illustration of somebody going to the cinema to watch a 3D film without wearing the 3D glasses.

“I wonder, says the writer, . . .is your CU or church looking at the mission field of your campus or local community through 2D lenses when you could be seeing it in 3D with the help of TCKs?”

Often, third culture kids are the missionaries and Christian leaders of the future. What a privilege to be involved in their education, formation and discipleship by teaching at Grace International School Chiang Mai. Our own children will also spend some time as TCK’s. We pray that God may also raise them up to be leaders of the future.

Not only is the school preparing leaders of the future but it is also enabling missionaries to stay on the field. Parents of the children at Grace serve in 24 different countries, working in Bible translation, rescuing children from the sex industry, in outreach to tribal groups in that part of Asia and in many other ministries. Ann and I look forward to finding out more about the mission of Grace international school during my induction which starts in just five weeks time.  We would also like to share with you now our present items for praise and prayer including some answers since last week.

So appreciative of your prayers and support.