The Webb family are here in Thailand to help serve missionaries by teaching their children. The aim is that the missionaries can be confident that their children are receiving an excellent education while they serve in mission in Thailand and in 24 nations in this vicinity. Both the school and our little house church are occasionally involved in mission to the Thai people giving us a little taste of front line mission work as we also relate to Thai culture day to day. 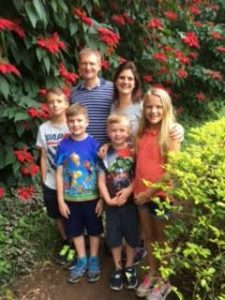 We were uncertain whether this school year would be our last in Thailand. Sam needs to start GCSE courses which Grace does not run and we had thought that 3 years might be the duration we serve in Thailand before returning to the UK. However, we do not have any job to go back to in the UK so we are thinking that we should stay at least another year. This may mean that Sam is home schooled next year so that he can access GCSE online courses.

To assist our thinking in terms of our future, we hope to attend a conference in Switzerland this summer called ‘Breathe’ which will enable us the chance to catch a breath and seek God as to the next steps. 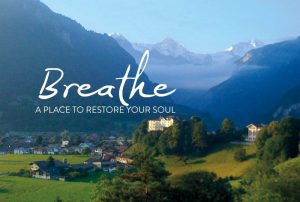 This Summer, Ann and I will have been involved in full time Christian work for 17 years. Though we have had many ups and downs in that time and possess many weaknesses as well as some strengths, we do feel that our life’s call is to serve God’s mission in this world and to partake in the first request of the Lord’s prayer: ‘May your kingdom come!’

Mission is certainly an unpopular concept in the world today. Having just watched The Life of Pi with my RE class, I realise that a prevailing ideology in the West is that no one story can make sense of our world. The Christian story may have some value, but so do the stories told in Islam, Buddhism, Hinduism and many other faiths. To insist on the exclusive truth claims of one story runs counter to a so called ‘tolerant’ outlook.

The concept of ‘truth’ took a battering in 2016. The Oxford English Dictionary coined ‘post-truth’ as its word of the year and electorates across the world took it as a given that all politicians are liars. Yet Jesus Christ spoke some terrifically counter cultural things about truth.

At his trial, Jesus said ” . . . everyone on the side of truth listens to me.” (John 18:37) ‘What is truth?’ Pilate responded; but didn’t hang around for an answer. Most counter culturally of all, Jesus claimed to be the only ‘way truth and life’  for all people. (John 14:6). He was not another religious leader pointing to truth. He claimed to be the ultimate source of all truth.

Foucault and Nietsche said that truth is a power play that leads to oppression. In our post modernist, relativist world, to say a statement is true is simply to say that a person or culture believes it to be true. Hence the popular refrain, “Well, that’s true for you.”

According to this view, one person can say “Jesus is Lord” and another can say “Allah is Lord”, and both statements will be true, if they accurately express the sentiments of the speakers. “Thank you Lord Vishnu for Jesus Christ” cries Pi from his life raft. This view seems to advance tolerance and civility, but it does so at the expense of logic, meaning and truth. That price is too high.

Christianity stands or falls on the fact that Jesus rose from the dead in Jerusalem after being crucified by the Romans. Were this proved objectively false, Christianity crumbles and becomes just another story. I, for one, would become an atheist.

Because of the objective truths of Christianity, I am a Christian. Because Jesus is the only way to God, I am a missionary. Whatever position we hold, we exclude some others. It is just as arrogant to say that ‘Buddha, Muhammad and Jesus were wrong in their exclusive claims’ as it is to say ‘Jesus is the only way’. Saying there are no exclusive truths is an exclusive truth claim.  Everybody makes truth claims. Making a truth claim doesn’t lead to oppression, it is the content of the truth claim that leads to oppression.

Jesus said that the truth sets us free (John 8:32). The modern idea that you have to get away from the truth to be free is silly. Freedom is not creating your own truth.  Freedom is submitting to the truth. As I get older, I realise that I can’t eat everything I want. I am constrained in what I can eat,  if I want to be released into the freedom of good health and long life. Freedom is the presence of right restrictions which accord with the truth who God made us to be. A fish on the grass is not free. The fish needs to be restricted to the water. 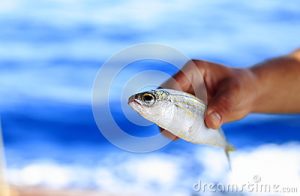 There are a lot of gods put out there. But only Christianity says that God became a person and went to the cross. How can I trust God? Here is a God who lost his freedom for us. Here is God who was the ultimate free being but who surrendered his freedom so that you can trust him and be free. God does not give us an abstract truth, he brings a personal truth to us to set us free. This is why we continue to serve him in Asia.