One of the privileges and challenges I face here at Grace International school is teaching Comparative Religion to seniors and juniors (grade 11 and 12). We look at various worldviews including Postmodernism, Buddhism, Islam, Secular humanism and Marxism.

Living in a community where there are many missionaries, we are able to draw on the expertise of people with years of experience working with Buddhists and Muslims in particular. Among my neighbours and friends are those who are fluent in Thai, Karen and Hmong and others fluent in minority Muslim languages such as Hui, Uighur, Bangla and Pashto.

Our aim in this class is to equip students to understand, empathise with and reach out to people who have been brought up with these different worldviews as their main lens through which they see the world. Perhaps the main worldview they will encounter as they leave Grace is Secular Humanism.

It has been interesting to see that we all have a lens through which we see the world. Secular humanism claims neutrality. Yet its claims fall down when it bullies people to bow to the god ‘tolerance.’

Enlightenment thinkers such as David Hume suggested that the only trustworthy truth claims were those based on the scientific method (based on empirical observation and logical analysis). Richard Dawkins upholds this claim today describing ‘faith’ as a virus and proposing that science has buried God. However, this view fails by its own standards, because the assertion itself is not based on any scientific observation or logical reasoning! 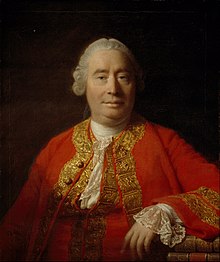 The key word in Hume’s claim is ‘only’ – nothing but science has any authority. The absurdity of this claim passes us by because the most efficient route to reliable knowledge about the material world is indeed empirical science. But this pragmatic approach is very different to the dogma that science is the only source of truth, thereby excluding history, personal experience, accumulated wisdom and divine revelation.

No-one can avoid making moral judgements, whether they are religious or not. Secular humanists also make them on the basis of their worldview and act as if they are binding on everyone else.

However,  in practice, having rejected the concept of divinely revealed truth, western societies are loathe to allow any external authority to tell us how to behave.

As the boys from Boyzone put it in one of their songs:

All this explains why autonomy is so highly valued today. The iWorld teaches me to resent any challenge to my individualism.

This new religion of individualism and subjective morality has a new gospel story which goes something like this:

“For years our spirits have been suffocated by restrictive traditions and morality. But now we must have the courage to follow our own light. We must resist anyone or anything that stands in our way. We must discover the hero inside ourselves and enter into the freedom that comes when we become who we really are. . .” (Based on a passage in Glynn Harrison, A Better Story: God, Sex and Human Flourishing, (IVP, London).

The gospel of Jesus offers a different kind of freedom. All of us are broken physically, broken psychologically, broken in our hearts. But Christ has come to bring us new life and to effect a change in us so radical that one day we will be fully put back together; body mind and soul. That “glory” described at the end of the bible will include people from every tongue, tribe and nation.